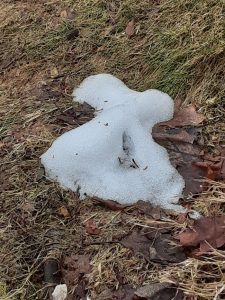 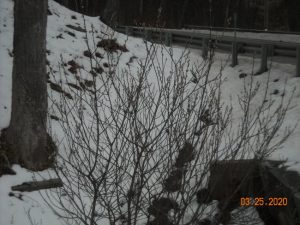 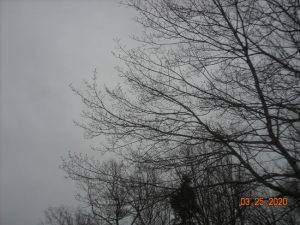 The pandemic had only very recently been declared late in our boiling season, so nothing much changed here until we were done.  We just continued to do what we had to do to get in our crop.  It feels as if it was years ago, but it was only about two months ago.  In late March, after we had finished boiling for the season, Keith Dufresne, owner here at Dufresne’s Sugar House, spent some time musing on how he knows the season is over.  Here is what he had to say:

“I never know when to start sugaring, but I always know when I am done”. Because I have so many taps, it can take a week or two to get tapped in, depending on the weather. I like to tap when the trees are frozen, because the drill makes a much cleaner hole that way. My hope is to have a week or two during which the trees are frozen, occurring right before the sap starts running. This is a leap of faith; or a guessing game, depending on your point of view. I look at the long-term forecasts, but they change every day. Then I make a decision to start.

I can tell you what sugar makers want for the duration of the season, but I’ve never had it for that long. We want days at 40 F, under cloudy skies, and nights at 20 F, for six weeks straight. What we get is what we get.

There are many signs that the boiling season is coming to an end. The sap itself changes. The sap starts out clear, and then gets cloudier, with a lower sugar content as time goes on. Some years the taps dry up, signaling the end. Other years the sap gets clear again; that is the point at which I cease to boil it, because it has changed to the point where there is very little to no maple flavor in the resulting syrup, even though it is still running, sometimes running hard. The syrup made from this sap will have an acidic taste. Even if the sap seems okay, there are signs seen in the sugar house that signal the end is near. We see moths and flies in the sugar house. Outside the sugar house there are hints of green in the grass. We hear geese flying north. Pussy willows come out and weeping willows get a light green spring hue to them. The soft maples start to show their buds.

Recent Blog Posts
Blog Archives
Blog Categories
We love to work with restaurants that value the highest quality ingredients. Get a free sample of our best maple syrup and learn how to set up a wholesale account.
Get In Touch
© Dufresne's Sugar House - All Rights Reserved
Back To Top