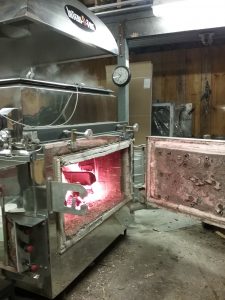 Here we are, at Dufresne’s Sugar House, firing up for the first time in the 2018 sugaring season.  It’s about 9 pm at this point.  We spent the day gathering and filtering sap, and getting everything ready to boil.  We usually boil at night because Keith believes the sap boils better at night, and he likes to boil it as soon as possible after it has been gathered, rather than waiting until the next day.  The best syrup is made with the freshest sap. 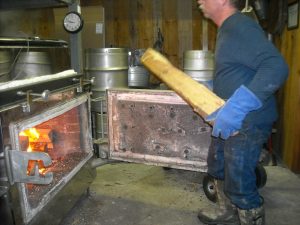 out every 30-45 minutes until we are done.  We are in the sugar house continuously until we have boiled all the sap for that day, which could be until three or four in the morning.  In that time we could make between sixty and two hundred gallons of syrup, depending on the sweetness of the sap and the quantity. 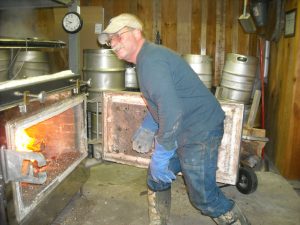 Recent Blog Posts
Blog Archives
Blog Categories
We love to work with restaurants that value the highest quality ingredients. Get a free sample of our best maple syrup and learn how to set up a wholesale account.
Get In Touch
© Dufresne's Sugar House - All Rights Reserved
Back To Top